Both Fraser and Whitlam were asserting their right to power. Both were certain of their positions, neither was prepared to back down. A deadlock ensued.

It was said that a number of Liberal Senators were uneasy with Fraser’s decision to use the Senate to force an election. Again and again Whitlam sent the Budget back to the Senate—needing only one Senator to cross the floor for Fraser’s tactic to be defeated. But they did not. As the weeks passed and the deadlock continued the situation became serious. It was clear that sooner or later the Government’s money was going to run out.

One man had the power to break the deadlock—the Governor-General, Sir John Kerr. In times of crisis the Governor-General has ‘reserve power’ to dismiss ministers, including the Prime Minister. Kerr was now convinced that such a crisis was at hand.

Whitlam stood firm in the deadlock, confident that he had his Governor-General’s support. He continued to believe that Kerr would follow convention and act only in accordance with his advice. Meanwhile Kerr had been seeking counsel from others.

On November 10, Kerr met with Chief Justice of the High Court, Sir Garfield Barwick. Kerr greatly admired Barwick, and over lunch the two men discussed the Governor-General’s role in the crisis. Some viewed this as an act of extreme impropriety and a threat to judicial impartiality, as Barwick may have had to sit in judgment of what was about to happen. For the Governor-General had decided to act. 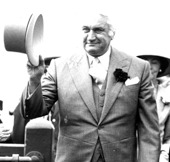 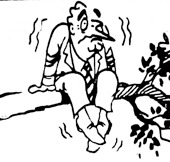